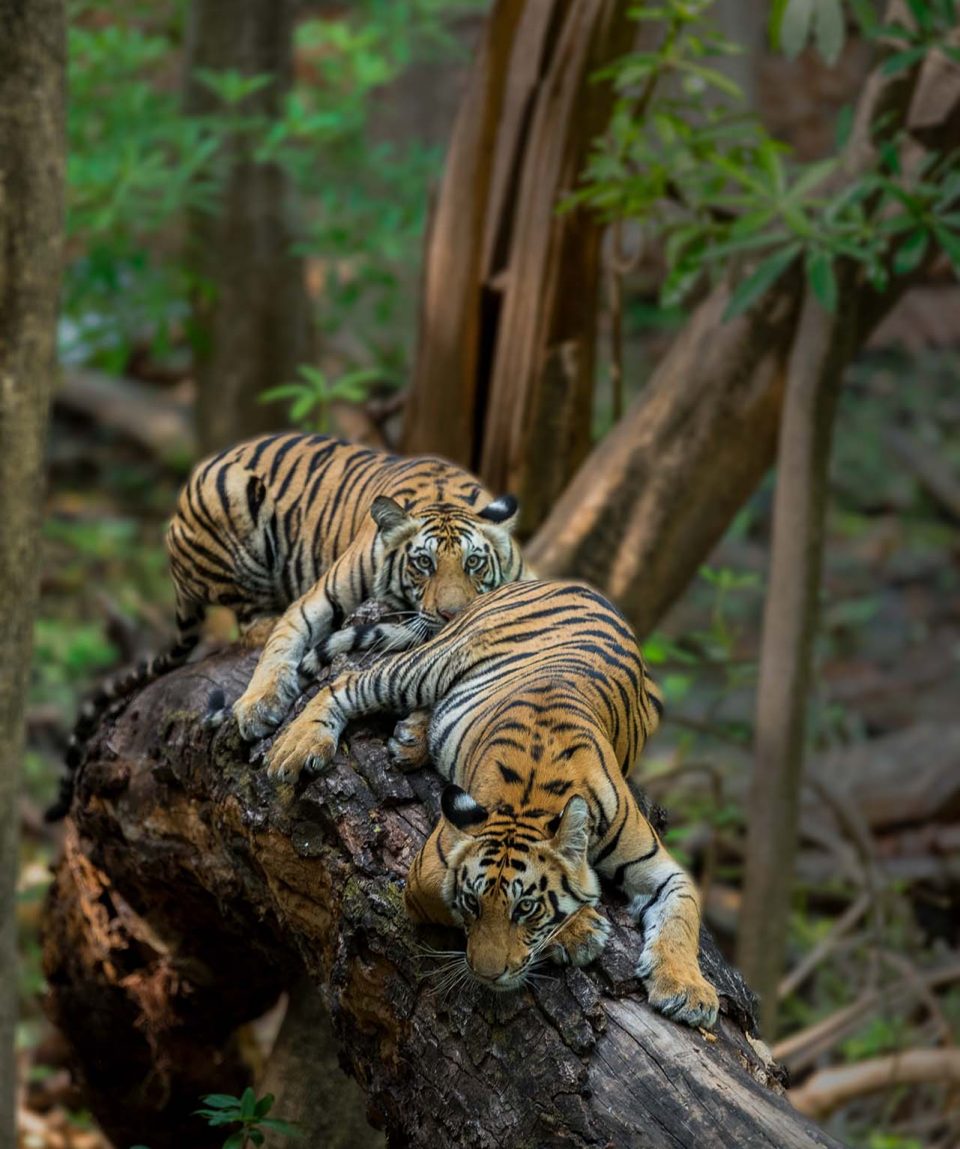 Explore the most prized fauna of India this winter, in the heartland of the country.
Drive with us to Bandhavgarh Tiger Reserve in search of the mighty Bengal Tigers.

All about the
Bandhavgarh Summer Trip

Located between the Vindhya and Satpura mountain ranges, Bandhavgarh National Park has always been associated with its tiger population, even long before it was turned into a tiger reserve. One of the most unique elements of the reserve is the abundance of historical attributes scattered across its expanse. The Bandhavgarh Fort is one of the most prominent landmarks in the area, with a story of its own. Bandhav translate to mean brother, and legend has it that the fort was given to Lakshman by his brother Lord Ram, hence the name Bandhavgarh.

Once the hunting preserve of the erstwhile rulers of Rewa State, this tiger’s playground encompasses three major points of interest including wildlife, archaeology and a breathtaking landscape, of which the wildlife is the star attraction. Those who come to observe the wild cat in its natural habitat can easily make sightings of the animal and its habitat and behavioural patterns. Aside from the tiger, one can easily spot sambar, spotted deer, chowsingha, nilgai, chinkara, sloth bear, jackal, hyena, langur, a large number of reptiles and over 240 species of avifauna. Bandhavgarh National Park was the former hunting ground of the Maharaja of Rewa and at present is a famous natural hub for Bengal tigers. White tigers, now a major attraction around the world’s zoos, were first discovered in Rewa, not far from here. 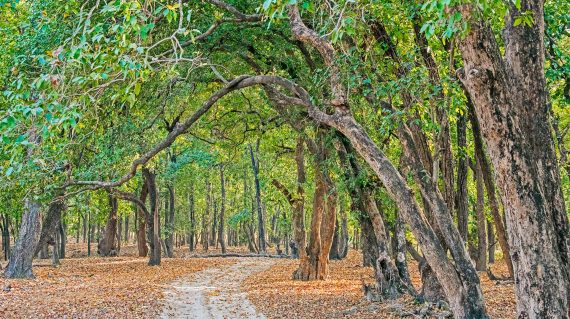 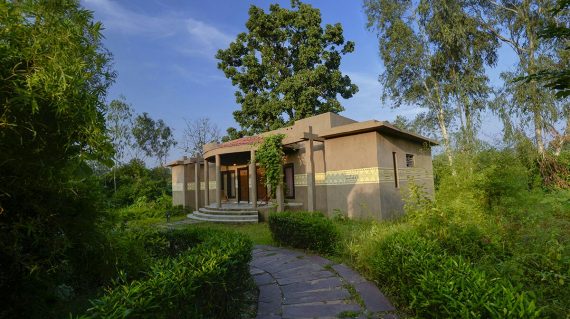 Spread in a sprawling 10 acres of land, the resort is about 10 minutes away from the main Tala gate.

16 elegantly furnished, air-conditioned cottages, with personal verandah and garden will certainly bond you with the place for a lifetime, luxurious bathrooms just add to your comfort.

You will find Bamboo Furniture in your rooms. Also, Handcrafted furniture from Bastar of exotic Indian timber in the Common dining area will amaze you for sure. For the true village feel the cottages are mud-coloured and have rafters. Each suite has a bedroom, separate dressing area, shower and an open roof bathroom.

Swimming pool, meditation and Yoga room, Amphitheatre are included along with modern and basic amenities of the Resort. Wake up in the morning with the picturesque view of fog covered Vindhya Mountain Range from your window.

Undoubtedly one of the finest wildlife Resorts in Bandhavgarh, it is managed by professionals from the service industry. 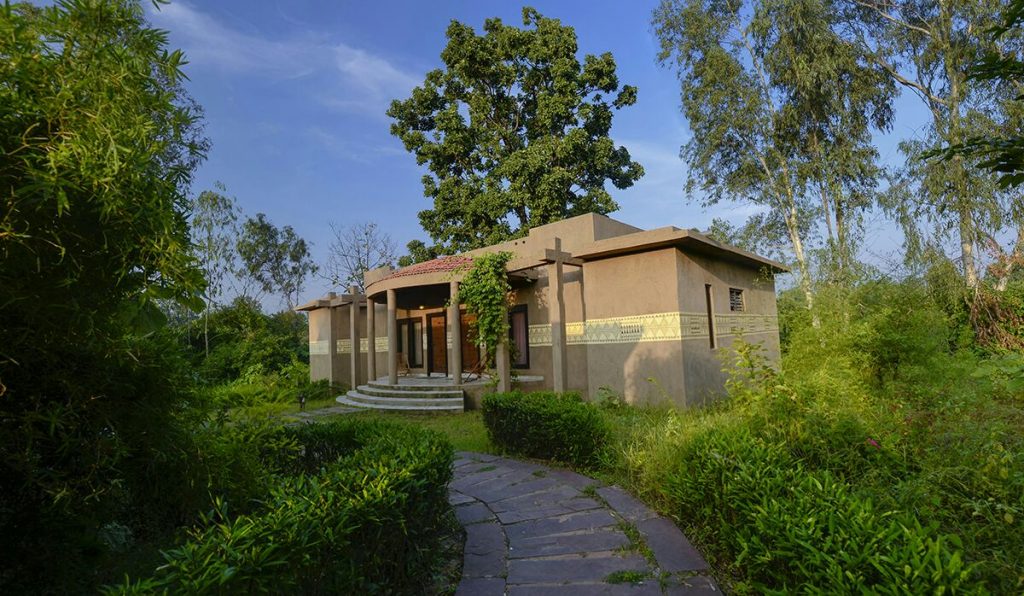 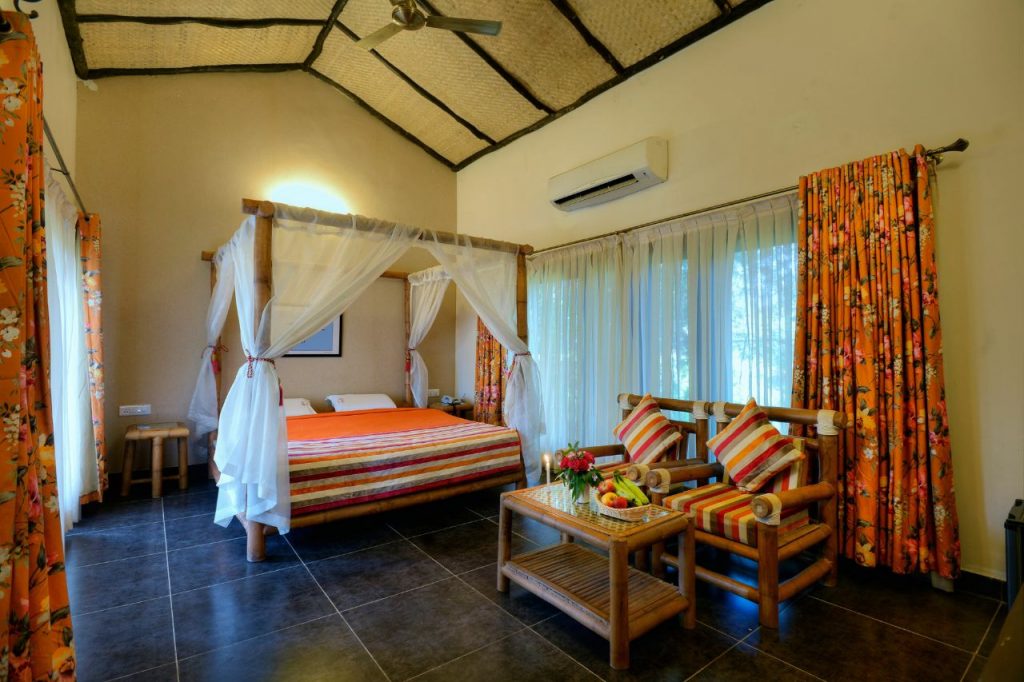 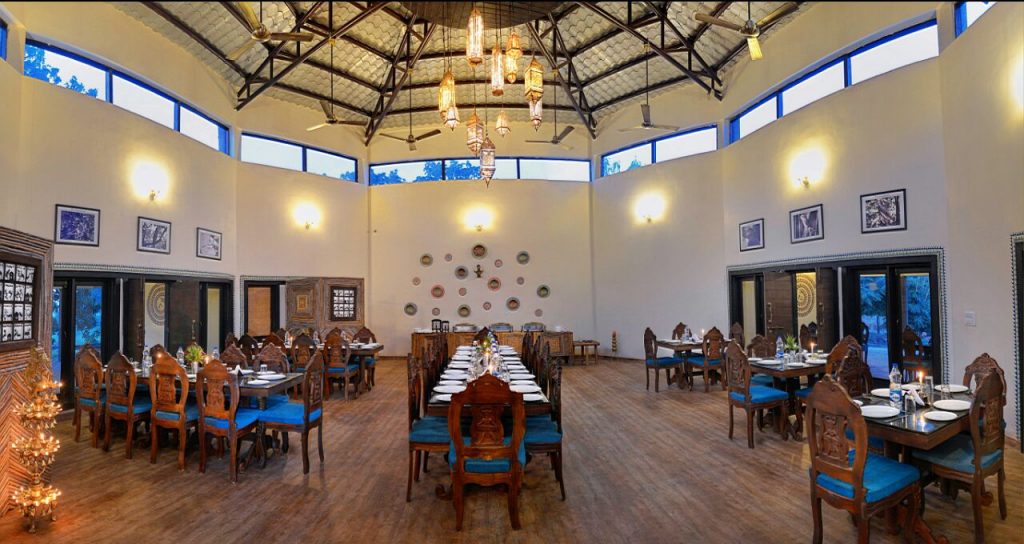 Anybody over the age of 18 (unless accompanied by an adult) and interested in nature and wildlife  will enjoy this Tour thoroughly. There are no other eligibility criteria.

Our Photo Tours are designed to provide you sufficient space for comfortable photography, so you can expect a maximum of three other people (including the participants and the Skipper) apart from the driver and the mandatory forest department guide.

For tigers and other mammals, a telephoto zoom lens in the range of 70 to 200mm/300mm or 100 to 400mm works very well. If opting for a fixed (‘prime’) lens, the 300mm focal length on a cropped sensor body with a 1.4x extender (‘teleconverter’) is the best compromise, although lenses of longer focal length can be used to good effect as well, especially on ‘full-frame’ bodies. For birds, a lens with a focal length of at least 400mm is essential. A wide-angle or normal zoom to capture landscapes or creative perspectives of wildlife is recommended. And since the light conditions in Indian jungles can often be challenging, an image-stabilized lens and a camera body that performs well at high sensitivities are perfect.

Loved this trip totally. Abhilash & Kirti were fantastic to say the least. Highly recommend this trip with Safari Monks to one and all 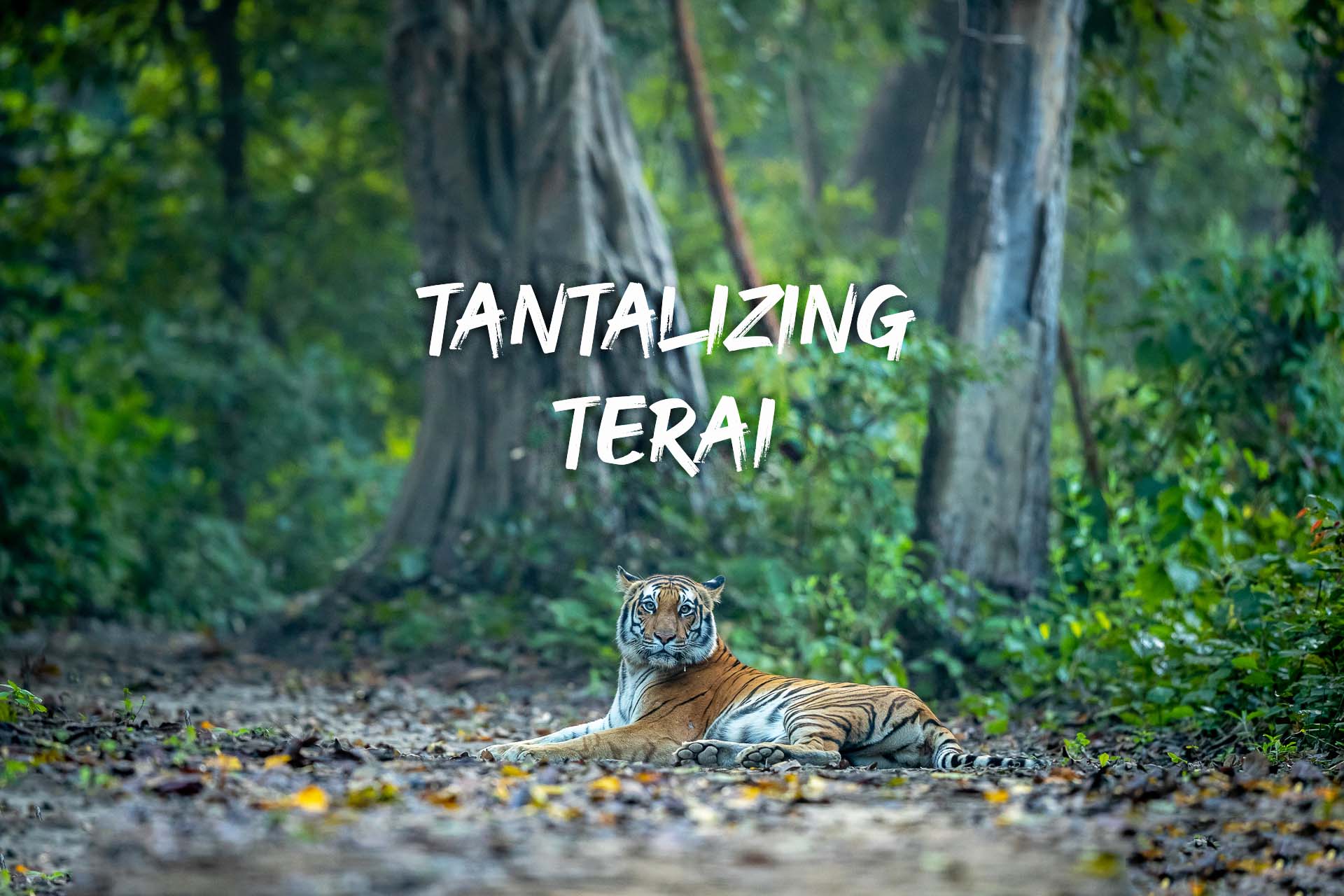