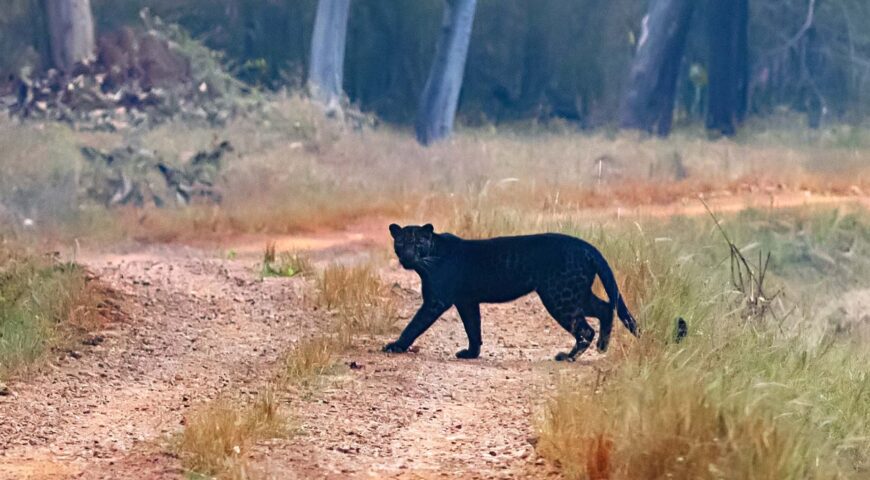 The enigmatic Black Panther of Tadoba 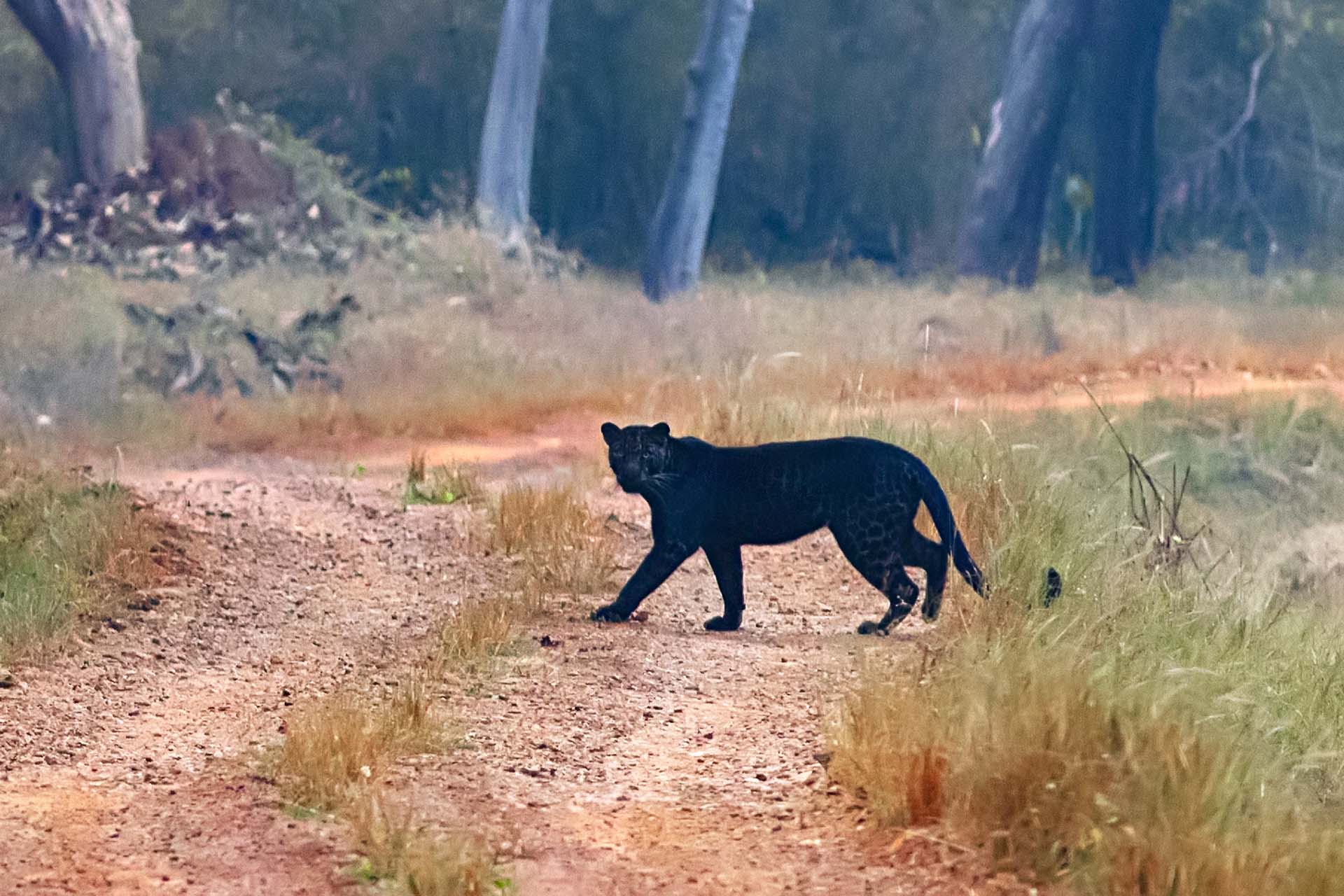 The forests of India are diverse. Ranging from tropical to temperate, from alpine to swamp, and spreading across various climatic zones spread across the length and the breadth, that they support a variety of ecosystems. They often hide many of nature’s deepest secrets.

A pale or a dark coloured big cat, an aberrant born from a recessive allele has always been reported from time to time, in these enigmatic forests of India. Made famous by Rudyard Kipling, in his ‘Jungle Book’, as Bagheera, the Black Panther is perhaps the commonly found amongst the uncommon pale or colour morphs.

Scientifically, a black panther is born when the recessive gene causes increased melanism. The animal does not totally turn black, but the darker undercoat obscures the rosettes; these rosettes are called ghost rosettes.

Leopards are arboreal hunters and so they have evolved rosette patterns on their skins that help them to camouflage with the leaves and other undergrowth. In most dense, wet and tropical forests of India, with the rays of the sun hardly touching the forest floor and the shadows under the thick vegetation providing a different kind of a cover, nature has provided a different adaptation to some leopards, thus causing them to be black. Unlike most recessive alleles causing genetic disorders in animals, the melanistic allele seems to be beneficial for the immune system, as per a few studies.

The Black Panther of Tadoba

As per our understanding, a black panther has to exist in only broad-leaved tropical to sub-tropical forests, but nature works in many perplexing ways – one being the recorded existence of a partial melanistic leopard from the dry-deciduous forests of Tadoba Andhari Tiger Reserve. It is for the same perplexing reason that even when it was sighted for the first time in the mid of 2018 by tourists, though kept as a secret by the forest department which had documented the same in trap cameras much earlier, the sighting was rubbished initially.

But as photographic evidence emerged after the subsequent sightings, it was clear; indeed, the improbable has happened. The melanism seemed partial in this individual with the skin being more translucent and not totally obscuring the rosettes or the original colour of the leopard. At this juncture, we do not know what kind of adaptative or evolutionary advantage the partial melanistic leopard has, particularly during hunting or even mating.

First seen in the Kolsa area, the black panther moved towards the Tadoba range where it was sighted and photographed more often. So, it is obvious that the leopard is subsisting on the wild-prey, probably hunting after the fall of the dusk or before the rise of dawn. Since deer are dichromats and have protanopia (red and orange shades appear as green), the lesser oranges of the leopard (due to the partial melanism) don’t seem to present any exceptional advantage during broad daylight, particularly in these dry deciduous forests.

What is more interesting is the fact that this leopard has carved a dominion, right in the heart of tiger land of Tadoba, an overlap of territories, ruled by at least 3 male and 2 female tigers.

Whether the partial melanistic leopard of Tadoba is an adaptation or an aberration will remain one of those mysterious secrets of nature. Also, to be seen is whether the recessive allele is genetically passed on to its offspring. In tropical dense rain forests, the odds of a black panther occurring are stacked at 1 in 10.

Black Panther sightings are reported from various corners of India – Kabini, Dandeli, Manas, Chattishgarh, etc., but the one with partial melanism is what makes it rarest of the rare; possibly next only to the pseudo-melanistic leopard (or the king leopard – a leopard which has thicker rosettes – a condition called abundism) reported from Kerala’s Parambikualam forests.

We hope that this magnificent specimen is here to stay and enthral wildlife buffs over the years and that the forests reveal more of their intimate secrets.