Our delivery owl brings you the best deals and news from the world of animals.
Best Tiger Safaris and Photography destinations" /> 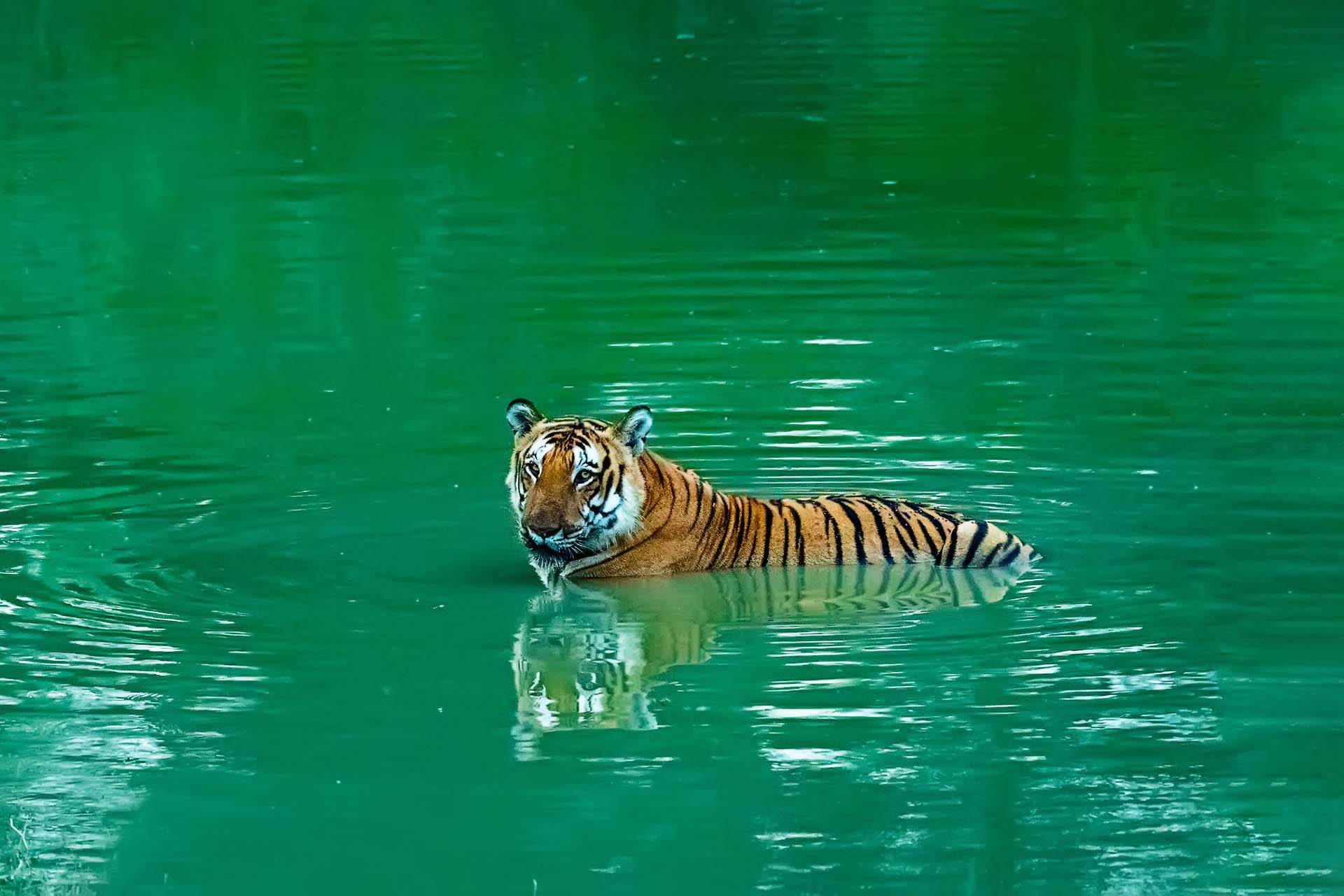 If you are looking for enthralling tiger safaris or engaging wildlife photography tours, then there are a variety of options spread all over the world. No other animal gets a wildlife enthusiast’s pulse racing quite like the tiger. And embarking on a tiger safari tour can be the experience of your life. Here’s a list of the top national parks from around the world. And you can embark on a fantastic photography journey to discover the tiger and its natural habitats.

Primarily found in eastern Russia and northern China, the Siberian or Amur tiger is the largest tiger species. It is among the most endangered of all the tiger species. The tiger tracking shore at the Durminskoye Reserve of Siberia occurs at the depths of winter close to Khabarovsk, a city in the south-west corner of Russia.

The main objective of the reserve is preserving and adhering to the rational use of the area’s natural resources. And thus, engaging in the photography and video observation of its resident wildlife, most notably the highly endangered Siberian Tiger. For the best tiger safari experience here, you will need to visit during the winter months. Particularly the time between November and February, as the best conditions to track tigers can be found during this time.

Tiger is one of the most elusive big cats alive. But if there’s anywhere in India you’re likely to spot this magnificent animal, it is here at Ranthambore. The tigers in Ranthambore are bold to venture out in the open. Even they go hunting and tending to their cubs in the full view of tourists flocking the tiger safaris here. The park lies on a plateau and is flanked to the north by the Banas River and to the south by the Chambal River. It covers an area of 392 km.

This park is famous for its tiger population and is one of India’s most important Project Tiger reserves. Ranthambore is very popular with tiger safari enthusiasts, wildlife photographers and nature conservationists alike. A massive number of tourists throng the park to see tigers, sambar, nilgai, dholes, sloth bear, wild boar, leopard, hyena and chital. The best time to spot all this wildlife is from winter to spring seasons – October to March. Since it’s the dry season here, the wildlife ventures out in the open in search of water.

The largest national park in Nepal is home to a growing population of a good number of Royal Bengal tigers. It also shelters mammals like rhinoceros, wild elephant, swamp deer, and Gangetic dolphin. Vast Sal trees, riverine forests and tall elephant grass cover the national park. This makes it an ideal habitat for many kinds of animals that roam freely. And this also helps to be a perfect hunting ground for tigers.

To visit Bardia, especially for a tiger safari, the best time would be during fall, winter or the spring season. It’s not too hot in the jungle then. Since Bardia is located in a remote area, it is quite far from transportation hubs. To get there, you will first have to fly to Kathmandu and from there hop on to a bus to Bardia. You can also hire a cab from the Indian side to take you there. The park is open for tiger safaris all throughout the year. And the best time to be there is from February to July and then from September to December. This national park is located in Madhya Pradesh. It is a densely wooded area which houses the largest national park in the state. This park spreads over an area of 1950 square kilometres, including the core and buffer zones. A large population of Royal Bengal tigers, Indian Leopards, sloth bears, Barasingha, and the Indian Wild Dog call it home. The worldwide unforgettable classic Jungle Book was the result of the inspiration to Rudyard Kipling which he gathered from the lush green forests of sal and bamboo, green meadows and ravines and gorges of Kanha.

Every year the national park is open to visitors from October till June. And this is a great time to engage in tiger safaris there. Most visitors visit the park during the winter season as summers bring with them scorching heat. And, thus, getting out into the jungle becomes a difficult option in the high temperatures. If its wildlife sighting along with great habitat that you are interested in, then the best months are February and March. However, if you are specifically looking to spot tigers or enjoy wildlife photography, then April and May are the best months to go there. Located in Umaria district of Madhya Pradesh, Bandhavgarh National park is spread over a total area of over 1500 square kilometres. The density of the tiger population at Bandhavgarh is one of the highest known in India. The park also has a large breeding population of leopards and various species of deer. As a result, it is one of the go-to places for a memorable tiger safari experience in India. There is a saying about the Park that goes: “In any other Park, you are lucky if you see a tiger. In Bandhavgarh, you are unlucky if you don’t see (at least) one.”

Having one of the highest density of tigers known in the world, Bandhavgarh has been the home to some well-known tigers. The three main zones of the national park are Tala, Magadhi and Khitauli. Tala is the richest zone in terms of biodiversity, mainly tigers. Together, these three ranges comprise the ‘Core’ of the Bandhavgarh Tiger Reserve and currently constituting a total area of 716 square kilometres.

Bhutan has yet to achieve prominence when it comes to tiger safaris and the Jigme Singe Wangchuck National Park is fast catching up. Therefore, you will need to find a well experienced and responsible safari operator to navigate through this park. The national park is located in remote areas that are a part of this beautiful, yet untouched country. Sightings can be rare here but if you are patient and spend a few days in the jungle, you should be able to see the elusive tigers of Bhutan. Reports suggest that 12 unique tigers have been spotted in the national park. But one study claims to put these numbers between 14-26 tigers.

Often called the ‘Serengeti of the East’, Kaziranga is home to a good density of tiger population.  A visit to this national park can get you closer to the elusive big cat. With an estimated 80+ tigers there, the best way to spot them is through an elephant safari. The tallgrass that spreads all over the reserve provides a natural cover for the tigers. And sitting atop an elephant gives you a great vantage point. To experience the wilderness, you can also opt for jeep safaris that traverse through dense forest and uneven trails. The best time to visit Kaziranga National Park is from November to early April. 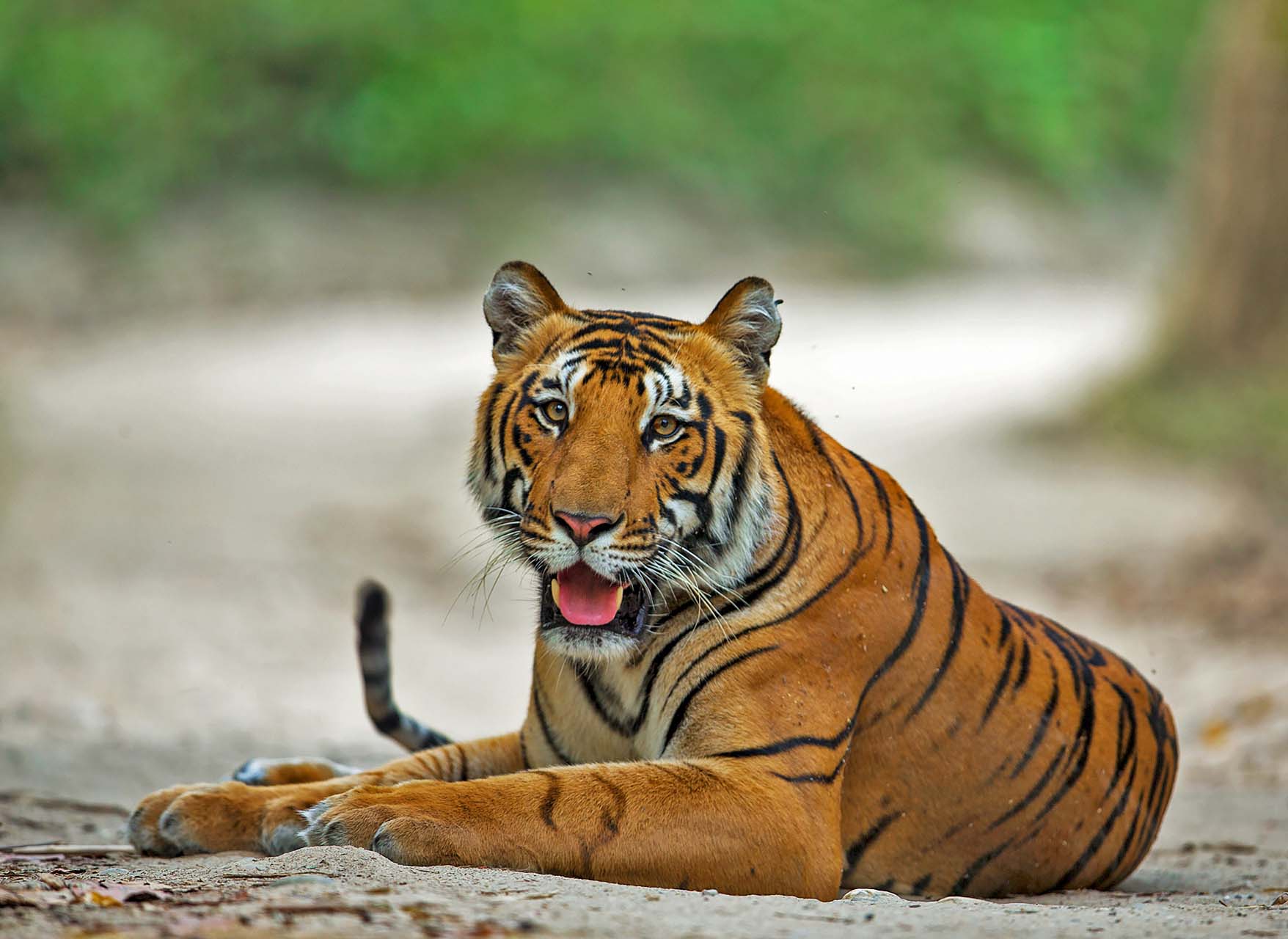 This is the oldest national park in India and immensely popular for its thrilling tiger safari experience. Established in 1936 and named after a well-known hunter, Jim Corbett, the park was the first one to come under the Project Tiger initiative. The national park is divided into five safari zones – Bijrani, Jhirna, Dhikala, Dhela and Durgadevi. The park shelters lots of endangered species includes 50 mammal species, 549 bird species and 26 reptile species. It is also said to contain the highest numbers of tigers in India and you can experience the safaris here in a jeep or a canter bus. The best time to visit Corbett is from Mid-November to March but the earlier you go, the better your chances for a sighting.

We run many of these tiger safaris around the Indian subcontinent. Be sure to check out the tours that we offer.